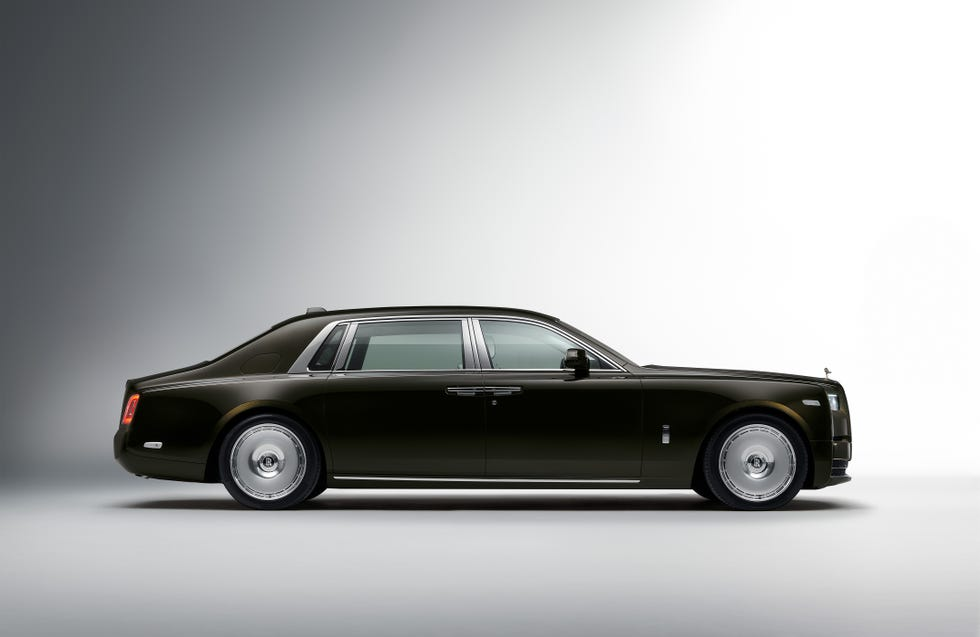 Lesser automakers might give their cars facelifts, but Rolls-Royce clearly feels itself above such gimmicky marketing. So although the eighth-generation Phantom sedan has been given a subtle set of revisions after five years on sale, there is no mention of anything redolent of cosmetic surgery in the official announcement. Rather the Phantom has been given “a new expression.”

Based on the images that have been released, the new car’s physiognomy is very similar to that of the outgoing version, but there are some subtle differences. The revised Phantom’s front end now gets a horizontal line above the strakes of its Parthenon-inspired grille, this intended to give “a new and assertive modernity, reflecting [the car’s] driver-focused character.” The grille itself is now illuminated, the headlights have star-light detailing, and the winged Spirit of Ecstasy mascot is slightly more prominent.

Rolls-Royce has also responded to customer demand for darkened finishes, with the ability to specify a blackened trim for the grille bezel, windshield surround and side glass finishers. The result is hardly murdered out, but it is certainly less chintzy than the more traditional chrome accessories. It will also be possible to order two new wheels, one having a milled stainless steel finish, the other a disc wheel inspired by the company’s 1920s era.

The interior design is barely changed. Rolls cites a slightly thicker steering wheel rim as the most significant difference, and the company has broadened its range of trim offerings with the arrival of what it calls Phantom Platino. This combines leather seats up front for the chauffeur and softer fabric trim in the rear that's made from a combination of bamboo and cotton. The Phantom’s dashboard clock is now surrounded with a new 3D-printed ceramic finish.

There are no mechanical changes for the revised car. But nor, to be honest, did there really need to be. The 563-hp twin-turbo V-12 has the manners of an attentive valet and the Phantom’s cabin refinement is probably the best in the world.

No official Rolls-Royce announcement can seemingly be made without the brand’s enjoyably verbose official style, what we like to think of as a periphrastic prolixity of pleonasm, and the Phantom II’s release is no exception. The revised car is aimed at pretty much anybody with the considerable funds to afford one. Or, as Rolls-Royce puts it:

“Self-evidently, there is no such thing as a ‘typical’ Phantom client. Spanning the ‘poles of luxury’, they may be ever-younger or older, modern or traditional, self-made or from long-established wealth. Their commissions reflect a full spectrum of interests and influences. At one extreme, Phantom takes on a subversive, almost rebellious character–youthful, dynamic and daring. At the other, Phantom transforms into an ode to luxury grandeur and timelessness.”

This ability to indicate a preference for subversive rebellion will continue to come with serious pricing, of course, as the Phantom sits at the pinnacle of the Rolls-Royce range. We don’t have any official confirmation on pricing yet, but can safely predict this subtly revised Phantom will be at least as expensive as the model it replaces.